BUY NOW
Has lifevac been approved for use in australia?
Yes.  LifeVac has been listed on the Australian Register of Therapeutic  Goods (ARTG) for sale in Australia as a Class 1 Medical Device.
why do we need a device? aren't current first aid measures effective?
In Australia we do not manager choking in the same way as every other country in the world (that follow the recommendations of the International Liaison Committee of Resuscitation - ILCOR).  Instead the recommendations in Australia utilise an unproven technique (the one hand chest compression) that has yet to show any success in relieving an airway obstruction in any casualty since its inception over 15 years ago. Even using the best techniques in the world, first aid measures are not always sufficient to relieve an obstruction and a device such as the LifeVac can then be the difference between life and death.  In fact first-aid measures are only effective in 50-70% of cases of complete obstruction. So far LifeVac has a record of 100%.
Is the lifeVAc a single use device?
The LifeVac is classified as a single use device, so as to avoid contamination.  For carers, it can be used as a single patient device with appropriate cleaning.
in what settings can lifevac be used?
LifeVac can be used in any setting where choking management may be required, especially settings where the risk of patients choking is higher.  These include child care, aged care and special needs facilities and facilities for people with ​developmental disabilities. Around 8% of unexpected deaths in aged care facilities in Australia are caused by choking.
is choking a big problem?
Choking and suffocation accounts for approximately 11% of deaths in children in the age group under 14 years of age and the most likely objects are lollies and coins.  The second highest cause of death in aged care is choking, or almost 8 per cent of premature deaths.
Has anyone been saved using the lifevac device?
Yes, we are pleased to say that we have documented examples of 150 lives that have been saved using the LifeVac device despite the failure of first aid measures.
is there any special training required to use the device?
No.  The LifeVac device comes with clear instructions and can be quickly mastered by anyone in an emergency.
where can i find more information about lifevac?
More information can be found by going to our "Certification and Research" section
what ages can the device be used on?
LifeVac is currently recommended for any victim over 10kgs (or about 12  months).  This is because there is a small risk of injury resulting from the action of the device.  The unit comes with 4 different sized masks, Large Adult, Small Adult, Child and Infant.  Note: There is no evidence that use of the LifeVac on persons below 12 months/10kg causes any harm.
What makes lifevac anything more than a pump and a mask?
LifeVac is not just a pump and a mask.  If you were to use just these two items connected together the result would be to drive obstructions down the airway of a victim.  The real magic of the LifeVac design is patented valve assembly that is fixed between the pump and mask parts.  This valve unit (that has been tested to ensure it is safe for humans) ensures that only a negative force to suck the obstruction out of the victims airway.
The lifevac seems a bit expensive, is that because it is a medical device?
The main cost in the LifeVac unit is in manufacturing and importing the patent pending one-way valve assembly.  To comply with Australian regulations, the device also has to have locally compliant instructions and labelling.  Producing this material also adds to the cost of the device.  The ideology of LifeVac is to save lives rather than seek large profits from the misfortune of others.  This means that the LifeVac retail price  is not  inflated but represents costs and margins to ensure a sustainable business. The price of the device in Australia is equivalent to other countries where the device components have to be freighted across the world.
Has the Lifevac device been approved by the Australian resuscitation council (ARC)?
No, however this is because the ARC is not the regulatory body in Australia for medical devices.  The ARC is a private, voluntary, non-government organisation that does not endorse any specific equipment for use in first aid in Australia. Therefore there exists no "approval" process at the ARC nor is is required in Australia for using the LifeVac device in first aid.
would using the lifevac in an emergency make me liable because it is outside my current first aid training?
No. In fact most states have "Good Samaritan" (or equivalent) legislation that protects individuals acting in good faith in an emergency e.g. NSW

"A good Samaritan does not incur any personal civil liability in respect of any act or omission done or made by the good Samaritan in an emergency when assisting a person who is apparently injured or at risk of being injured."

Nothing in that list says anything about ‘acting within one’s qualifications’ and that is for obvious reasons. The Act is intended to encourage people, including those without any qualifications, to help when help is needed.

Applying that reasoning to the good Samaritan provisions requires that the rescuer is acting ‘not maliciously or to achieve an ulterior purpose’ so they’re acting to assist the injured person, not to steal their wallet or do them harm and it’s a genuine attempt not to harm the person, i.e. to do the right thing. So a person who is confident in the use of oxygen and who genuinely believes that oxygen is warranted in the best interest and to avert harm to the patient is acting in good faith when they administer that oxygen; or use the person’s Epi-pen or help them with their Ventolin; or do CPR or use an automatic defibrillator, or use the LifeVac when first aid has failed. The person who says ‘I always wanted to do a tracheostomy using a Swiss army knife and a pen (as in M*A*S*H Season 5 Episode 8, ‘Mulcahy’s War’) and now I can because I can’t be sued’ is not acting in good faith.

The LifeVac is designed to be used without specific training and after first aid attempts have failed.  We believe that using  the LifeVac therefore does not constitute a rescuer "exceeding their training" i.e. constituting negligence or reckless behaviour under law; regardless as to whether specific LifeVac training was included in their first aid training.

Can lifevac be purchased as part of the National disability insurance scheme (NDIS)?
​LifeVac Australia is a NDIS registered provider. We offer our life-saving anti-choking device for people under the NDIS scheme who are at risk of choking due to a physical and/or neurological condition.

Choice & Control
The NDIS, provides lifetime funding support for people with a permanent and significant disability. It is a new way of providing individual support. It is designed to give choice and control over the supports needed to achieve an individual’s life goals and aspirations.

Who is eligible?
The NDIS is progressively being rolled out throughout Australia and will provide complete national coverage by the end of 2019. Everything you need to know about the NDIS, including eligibility, how to apply and what supports are funded is available at the NDIS website www.ndis.gov.au

How are products and aids funded under the NDIS?
If your choking risk is due to your disability, your LifeVac device should be supplied through your NDIS plan, so you need to ensure you include them in your plan.

I have an approved NDIS plan so can I use NDIS funding to buy from LifeVac Australia?
Yes.  LifeVac Australia is a NDIS registered provider and can supply its anti-choking device for personal care and safety on a national basis.

What if my NDIS plan is managed by NDIA?
We will supply your LifeVac and seek payment from your budget from the National Disability Insurance Agency (NDIA).

What if my NDIS plan is self-managed?
Place your order and pay on line via credit card. You will then have to arrange reimbursement from the NDIA.

What if my NDIS plan is managed by a registered Plan Management Provider?
Your Support Co-Ordinator can order and pay on-line and then they will seek reimbursement directly from the NDIA.

Can i use the lifevac on myself?
Yes. For people living alone LifeVac is the ideal device when first aid measures have failed.
Is the lifevac save?
Yes. The LifeVac, nor any regulatory body in the world has ever received a report of the device causing any harm. The device has been safely used by untrained people on patients ranging from 3 weeks to 95 years of age, with no regurgitation and no injury. This has been confirmed by medical examinations post episode.
I have read on the internet about concerns with lifevac?
The LifeVac has been tested and proven to save lives. On our site you can see it recommended by real health professionals. There are those who find it hard to believe that a simple device can be so effective and safe and so LifeVac has been misrepresented or misunderstood by individuals who have made unsubstantiated claims online or expressed opinions that are not supported by facts.  Unfortunately, this is the world we life in, where anyone's blogged opinion is immediately accepted as fact.  LifeVac has a 100% success rate of removing upper airway obstructions following the failure of first aid measures and has already saved 40 lives. All our saves are documented and the device is subject to regulation in all countries in which it is used.
BUY NOW 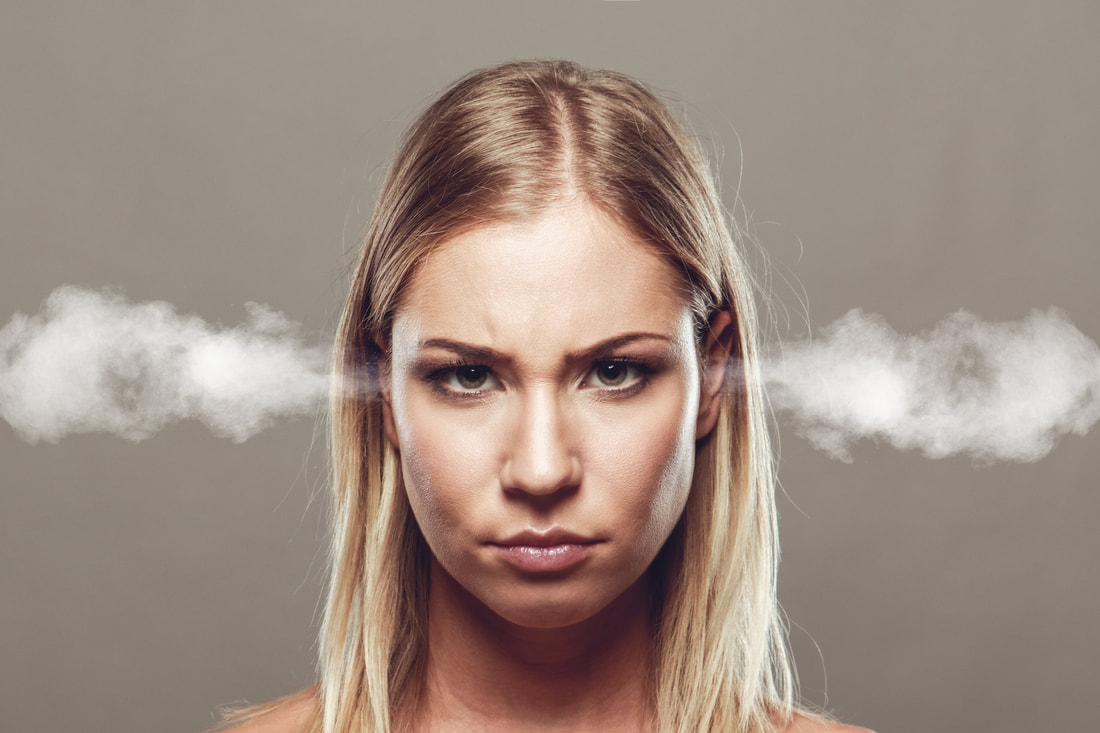 We see a few comments on social media claiming that the LifeVac is a "sink plunger" and therefore either won't work or that any thing that looks similar will do the same job. This is both wrong and dangerous!

LifeVac may look like "just a sink plunger" but that's where the similarities end. Click on the video below to see the secret to the LifeVac

Call or send us an email