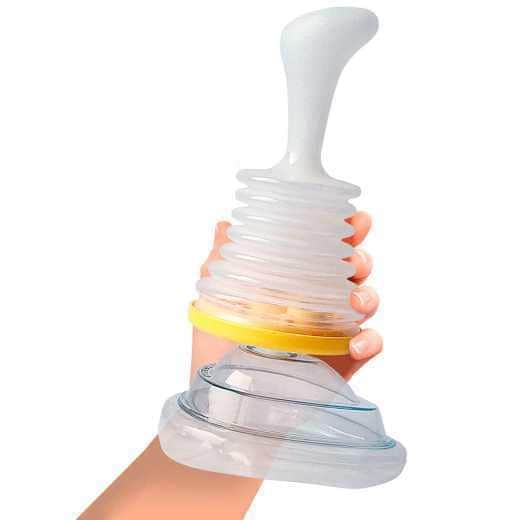 LifeVac has been listed in the ARTG Number 285082

LifeVac is registered in the U.S. by the Federal Drug Administration (FDA)

LifeVac is registered in the U.K. by the Medicines and Healthcare Products Regulatory Agency  (MHRA) and carries a CE conformity certificate.

Objective
In Japan, the number of patients with foreign body airway obstruction by food is rapidly increasing with the increase in the population of the elderly and a leading cause of unexpected death. This study aimed to determine the factors that influence prognosis of these patients.
Methods
This is a retrospective single institutional study. A total of 155 patients were included. We collected the variables from the medical records and analysed them to determine the factors associated with patient outcome. Patient outcomes were evaluated using cerebral performance categories (CPCs) when patients were discharged or transferred to other hospitals. A favourable outcome was defined as CPC 1 or 2, and an unfavourable outcome was defined as CPC 3, 4, or 5.

Results
A higher proportion of patients with favourable outcomes than unfavourable outcomes had a witness present at the accident scene (68.8% vs. 44.7%, P = 0.0154). Patients whose foreign body were removed by a bystander at the accident scene had a significantly high rate of favourable outcome than those whose foreign body were removed by emergency medical technicians or emergency physician at the scene (73.7% vs. 31.8%, P < 0.0075) and at the hospital after transfer (73.7% vs. 9.6%, P < 0.0001).

The International Liaison Committee on Resuscitation (ILCOR) review the evidence around the relief of upper-airway obstruction, including all methods and devices.

The peak body in the world for resuscitation science has just release a report showing the review of the evidence available  for methods and devices used to relieve upper airway obstructions. A summary of the outcomes and recommendations is below. The full text is available on the ILCOR website.
​ummary of ILCOR Systematic Review: Removal of Foreign Body Airway Obstruction
Created: January 02, 2020 · Updated: January 03, 2020


The International Liaison Committee on Resuscitation (ILCOR) recently conducted a systematic review of the evidence surrounding various techniques used for the removal of upper airway obstruction. The techniques included both first aid measures and equipment, including Magill forceps and suction-based airway devices (such as the LifeVac). We suggest that back slaps are used initially in patients with a FBAO and an ineffective cough (weak recommendation, very low certainty of evidence).

We suggest that abdominal thrusts are used in adults and children with a FBAO and an ineffective cough where back slaps are ineffective (weak recommendation, very low certainty of evidence).

We suggest that rescuers consider the manual extraction of visible items in the mouth (weak recommendation, very low certainty of evidence).